Udbudslov.dk is a website in Danish about public procurement law.

The documents from the negotiations of the 2014 Procurement Directives from the Commission, Council and Parliament can be found on the website. These are all in English, see e.g. here. 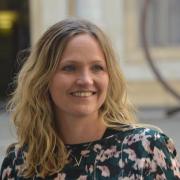 In 2017 she was named “Talent 100” by the Danish newspaper, Berlingske Business, who every year name the 100 biggest talents under the age of 35 in the Danish business community.

Carina is currently the research manager of a two research projects:

The PROCUREGREEN project – a research project on public procurement and climate change. The project has received funding from Independent Research Fund Denmark.

The PROCUREGREEN research project will provide a unique and unprecedented insight into how green approaches are used in the various parts of the procurement procedures in Denmark with the aim of making public procurement an important element for green transition and a more sustainable economy.